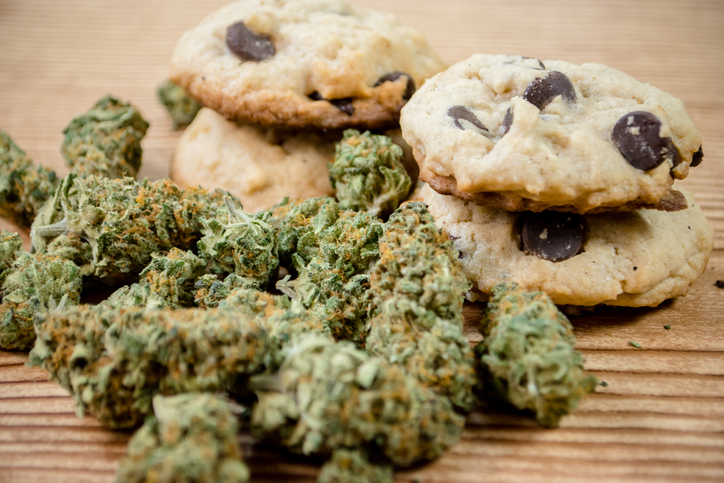 • By the end of 2019, 11 states, as well as Washington D.C, made legal the recreational use of marijuana for adults above 21 years. (click here for more)

The golden clout surrounding both the legal and illegal usage of marijuana is for too impressive to be ignored. The 2016 election brought forth positive marijuana usage reforms that saw more and more states join the bandwagon of decriminalizing the usage of marijuana within their jurisdictions. Today, 11 states, including Washington D.C, have legalized recreational use of marijuana. Even though some may argue that legalizing marijuana kills the naughtiness vibe of having the fun behind the scenes, no doubt that many states are aiming to legalize marijuana use in the USA. States that have legalized marijuana in the USA are Alaska, California, Colorado, District of Columbia, Illinois, Maine, Massachusetts, Michigan, Nevada, Oregon, Vermont and Washington D.C.

• Teenagers around 12-17 years record the highest number of recreational marijuana overdoses as compared to any other age group.

The statistics revolving around teenagers, and overall drugs usage are overwhelming and should not be taken lightly. In 2018 alone, teenage deaths resulting from a drug overdose was 4633 cases among 15-24 years mostly. Significantly, in the same year, teenagers aged 12-17 years formed 23.9% of all teenagers who tried or used illegal drugs. This triggers the central question in this discussion – does legalizing marijuana in additional states in the USA correlate with heightened teenage alcohol and substance abuse and addiction? If so, what are the concerned states doing about it? Finally, did you know that on average, 86% of teenagers know someone who uses drugs, smokes or drinks during active classes?

• 48% of Americans have reported to test and use marijuana recreationally.

Close to half of the adult population in the United States confesses to using or testing drugs recreationally in their lives. Perhaps this explains why the number of adults who initially opposed the legalization of marijuana has fallen from 52% to 32%. Currently, more than 2/3 (two thirds) of the American adult demography second the legalization of marijuana. By the end of the next elections, more states will inevitably follow suit. Not to forget, did you know that 91% of the current adult population in the USA pushes for the approval of both medical and recreational usage of marijuana?

• All recreational cannabis products must contain less than 3% of THC.

The Law of cannabis usage differs from one state to the other. It is vital to understand the regulations and policies that each state has clearly defined to help you comprehend the limits of your rights and freedoms. In Alabama, for instance, CBD oil was decriminalized in 2016. Nonetheless, any other form or product of marijuana that has THC content is considered illegal in the same state. This means that the maximum amount of THC allowed in marijuana in Alabama is 3%. In Alaska, you must be above 21 years to order legal marijuana which is 0.2 ounces of THC.

• By 2025, legal marijuana sales for recreational objectives will have earned $25 billion.

When it comes to the focus of the trends and forecasts of marijuana use, Forbes reveals that in the next 6 years, the projectile of legal sales in the United States will be around $30 billion. This is predominantly based on the fact or rather presumption that many states will have legalized medical and recreational use of marijuana by the end of the next election. Notably essential, did you know that close to 40 million adults who form 36% of the American population report using marijuana once or twice a week – through legal or illicit means.

• In the United States, California records the highest number of both legal and illegal sales and usage by a staggering $5.6 billion.

• Candy makes 44% of all marijuana edibles and only 17% for tinctures.

2018 was by far the best marijuana year in terms of legalization, sales and global acceptance. The world now viewed marijuana usage from a different modern lucrative and open perspective as opposed to the traditional fear and myths surrounding marijuana use. By the end of 2019, various CBD and THC products had begun gaining massive tract in the industry. These products include oils, edibles and vapes. Among the edibles, candy was favourite and then followed closely by gummies. The best part about edibles is that they are perfect for blending in, especially during hectic school or workdays.

These are some of the statistics that recreational legal marijuana use has as of 2020.