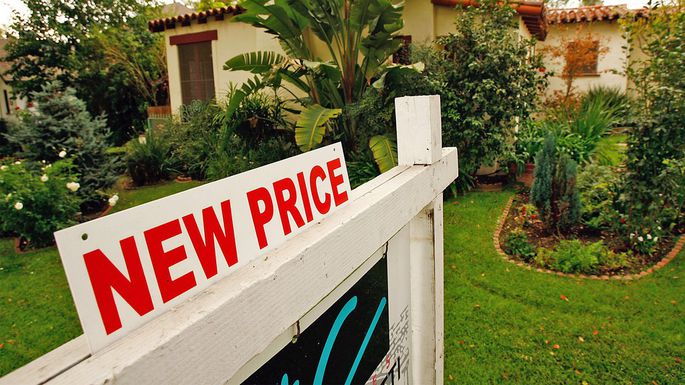 With the median home price in the United States floating around $200,000, most Americans simply can’t afford to purchase homes. However, they are able to make their dreams of home ownership come true with the help of mortgages.

If you’re reading this article, you’re probably interested in purchasing a home in the near future. Below are nine mortgage statistics that every prospective homebuyer should know prior to going through with their plans to get homes of their very own.

American homeowners take on an average new mortgage balance of how much?

Mortgages allow prospective homebuyers to take on houses that are much nicer than they could afford to rent or buy without financial assistance. As such, they often bite off more than they can chew. The average new mortgage balance of home loans in the United States is $260,380.

Home loans are paid off over a period of usually 30 years. While $260,380 split up over 30 years comes out to an expenditure of less than $10,000 annually, being able to consistently pay minimum mortgage payments proves difficult to many households. People considering taking out home loans should aim to keep their balances as low as possible to avoid financial difficulties.

The Great Recession, the most recent to hit the United States economy, caused an ongoing housing boom to end in 2008. Many statistics related to housing hit a high between 2007 and 2009. The total United States mortgage debt currently stands at $14.9 trillion, an all-time high.

Many experts and statistical models alike agree that the current housing boom won’t exist much longer. In the next two years, many of them believe that the number of houses sold in the United States will decrease. As such, the total outstanding mortgage debt will decrease in coming months.

Mortgage rates are likely to drop in 2019

December 2018 took a toll on stock markets. For the first time in a while, the Nasdaq Stock Exchange officially went into what’s known as a bear market, or a market in which investors are likely to sell off their assets due to dropping prices. The Dow Jones Industrial Average and the Standard & Poor 500 stock indices didn’t fare well last month, either.

Investors are likely to migrate their money towards safe bets like securities backed by mortgages. As more money falls into these mortgage-backed securities, mortgage interest rate drops become more likely.

Rates are not expected to exceed 4.60 percent this month, though they could reach as high as 5.00 percent by March 2019. These projected hikes are unlikely to happen if stock market performance continues to prove dismal.

Americans were fond of purchasing homes with mortgages in 2018

In 2018, roughly four-fifths – 78 percent to be exact – of Americans who purchased homes did so with the assistance of a mortgage. As more millennials consider purchasing homes, the share of prospective home buyers planning on completing their home purchases with the help of mortgages will increase.

The number of available homes is likely to increase

Unless a significant influx of housing supply floods the market, the recent increase in housing inventory is not likely to have a major impact on housing prices or mortgages rates.

Mortgage rates did, in fact, drop throughout December 2018

One of the most important statistics related to mortgages is the 30-year mortgage rate. In the first week of December, the 30-year, fixed-rate mortgage interest rate benchmark stood at 5.01 percent. The next week, it dropped to 4.83, then fell to 4.75 percent for the third week of December.

Although over analyzing real estate statistics and other financial information can result in coming up with misleading conclusions, the steady drop of 30-year fixed-rate mortgage interest rates throughout December 2018 further points to lower interest rates in 2019.

With both interest rates being so high and the number of mortgage applications being so low, the number of prospective homebuyers who plan on purchasing homes with mortgages is certain to increase throughout 2019. Once a metric hits a low, the only way to go is up, after all.

Down payments were considerably higher in 2018 than 2017

Every mortgage requires a down payment to show lending financial institutions that buyers are serious. From 2018 to 2017, the median down payment on mortgages throughout the United States rose a whopping 27 percent. This metric indicates that the current housing market is healthy.

Experts believe that down payments will continue to rise in 2019, though that increase probably won’t repeat the 27-percent rise that 2018 brought.